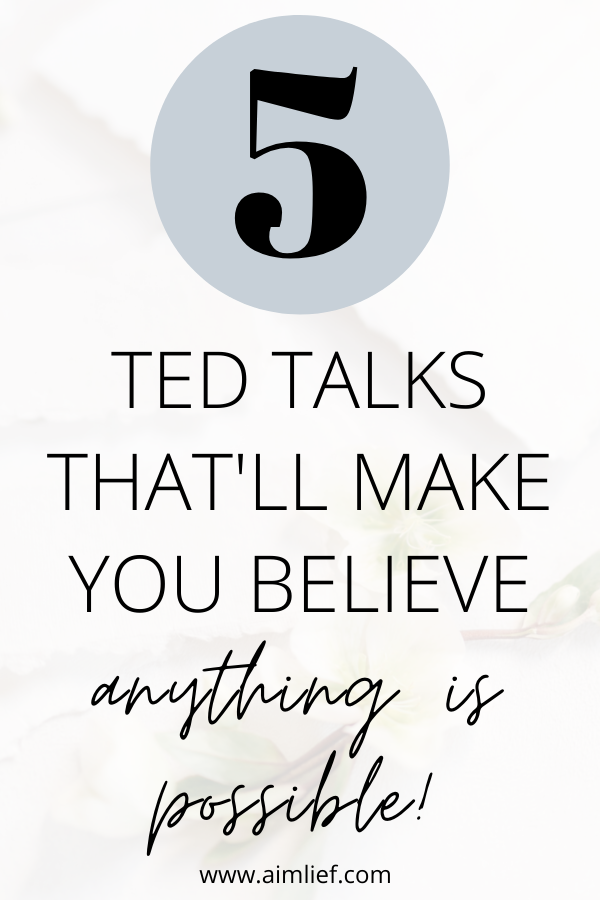 Ted Talks are inspirational magic captured in one video. In this post, you’ll find 5 Ted Talks that’ll make you believe anything is possible!

If you don’t know what Ted Talks are, they’re “a showcase for speakers presenting great, well-formed ideas in under 18 minutes.”

Which is amazing because you can learn life-changing lessons in a short period of time.

When it comes to educational, inspirational and motivational videos, Ted Talks are king. No doubt.

There are Ted Talks about virtually any topic: about the economy, about habits, about personalities, about politics.

I love binge-watching Ted Talks and absorbing all the knowledge these amazing people want to teach others.

So, I’ve come up with this list of the most inspiring Ted Talks that’ll make you believe anything is possible:

It was hard to make this list because I had to let a ton of great Talks out, but I’m sure these ones are my absolute favorites.

5 Ted Talks That’ll Make You Believe Anything Is Possible

1. My philosophy for a happy life, by Sam Berns

Sam Berns, a 17-year-old with progeria, an extremely rare autosomal dominant genetic disorder, shares his philosophy for a happy life.

According to him, there are three aspects to this philosophy which he explains in his Ted Talk.

Watching this Ted Talk for the first time was eye-opening and very emotional for me.

While listening to this wise young man, you’ll realize that being happy has little to do with your life circumstances.

2. How to Become a Millionaire in 3 Years, by Daniel Ally

Whether you want to be a millionaire or not, you need to watch this Ted Talk by Daniel Ally.

In his talk, Daniel shares his three strategies to go from loser to millionaire in only three years.

Watch this Ted Talk and you’ll realize that changing your life drastically and achieving success, whatever “success” means to you, is possible within a relatively short period of time.

3. How to Achieve Your Most Ambitious Goals, by Stephen Duneier

This is one of my favorites!

In his Ted Talk, Stephen shares his tips and tricks to learn any language, learn new skills and even break a world record by taking it one small step at a time.

If you find it difficult to get started or get better at things you’re interested in, watch this Ted Talk and you’ll be ready to reach your most ambitious goals.

4. Change Your Mindset and Achieve Anything, by Colin O’Brady

One of the most inspiring Ted Talks ever, no doubt.

“In this epic Talk, Colin O’Brady, explains his journey back from a tragic burn accident only to ascend to the 7 tallest mountains and two poles on earth – in world record time. His idea is centered around mindfulness and how one can achieve anything no matter the circumstances.”

5. The power of believing that you can improve, by Carol Dweck

Carol Dweck talks about her groundbreaking theory about growth mindset vs fixed mindset.

“Carol Dweck researches “growth mindset” — the idea that we can grow our brain’s capacity to learn and to solve problems. In this talk, she describes two ways to think about a problem that’s slightly too hard for you to solve. Are you not smart enough to solve it … or have you just not solved it yet? A great introduction to this influential field.”

8 Key Lessons From the Power of Now, by Eckhart Tolle 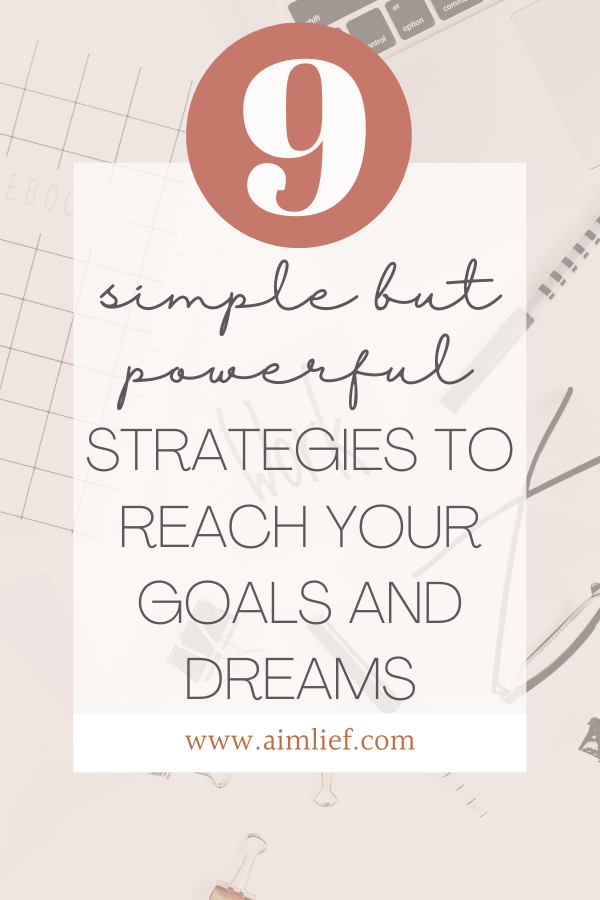 9 Simple But Powerful Strategies To Reach Your Goals And Dreams 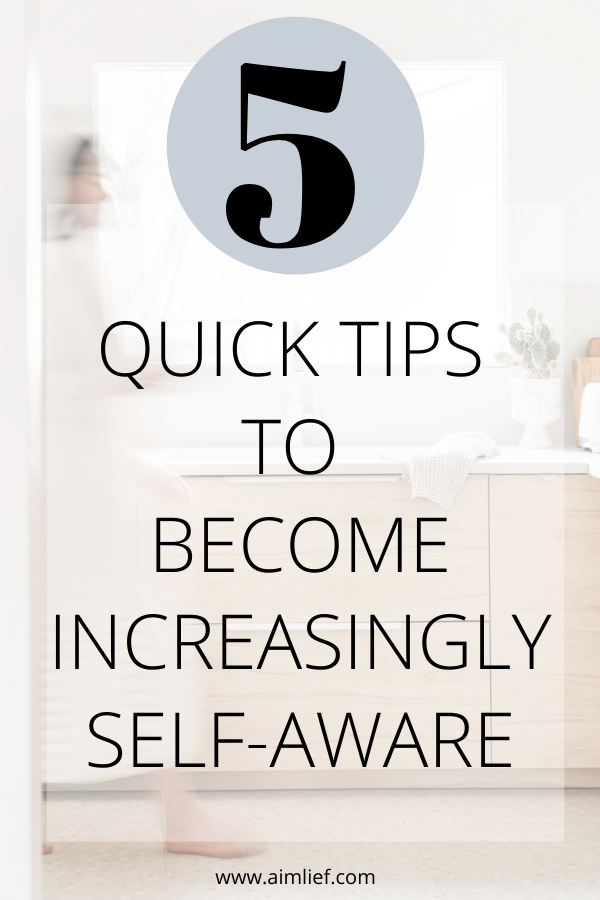 The Perfect Routine to Stay Sane, Productive and Healthy 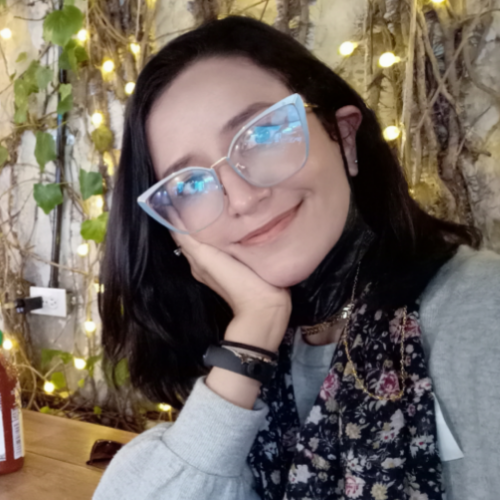 Welcome to Aimlief! My name's Maria and I created this blog to help you stop feeling lost, get unstuck, uncover what you want and build the life you desire.

Most helpful posts of all time 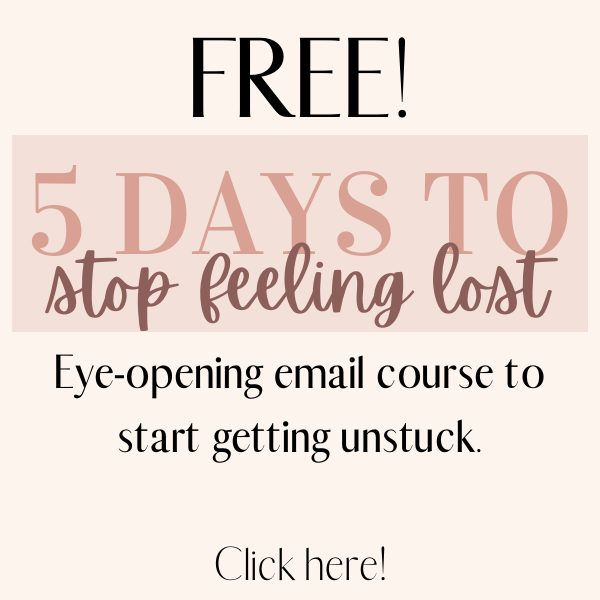